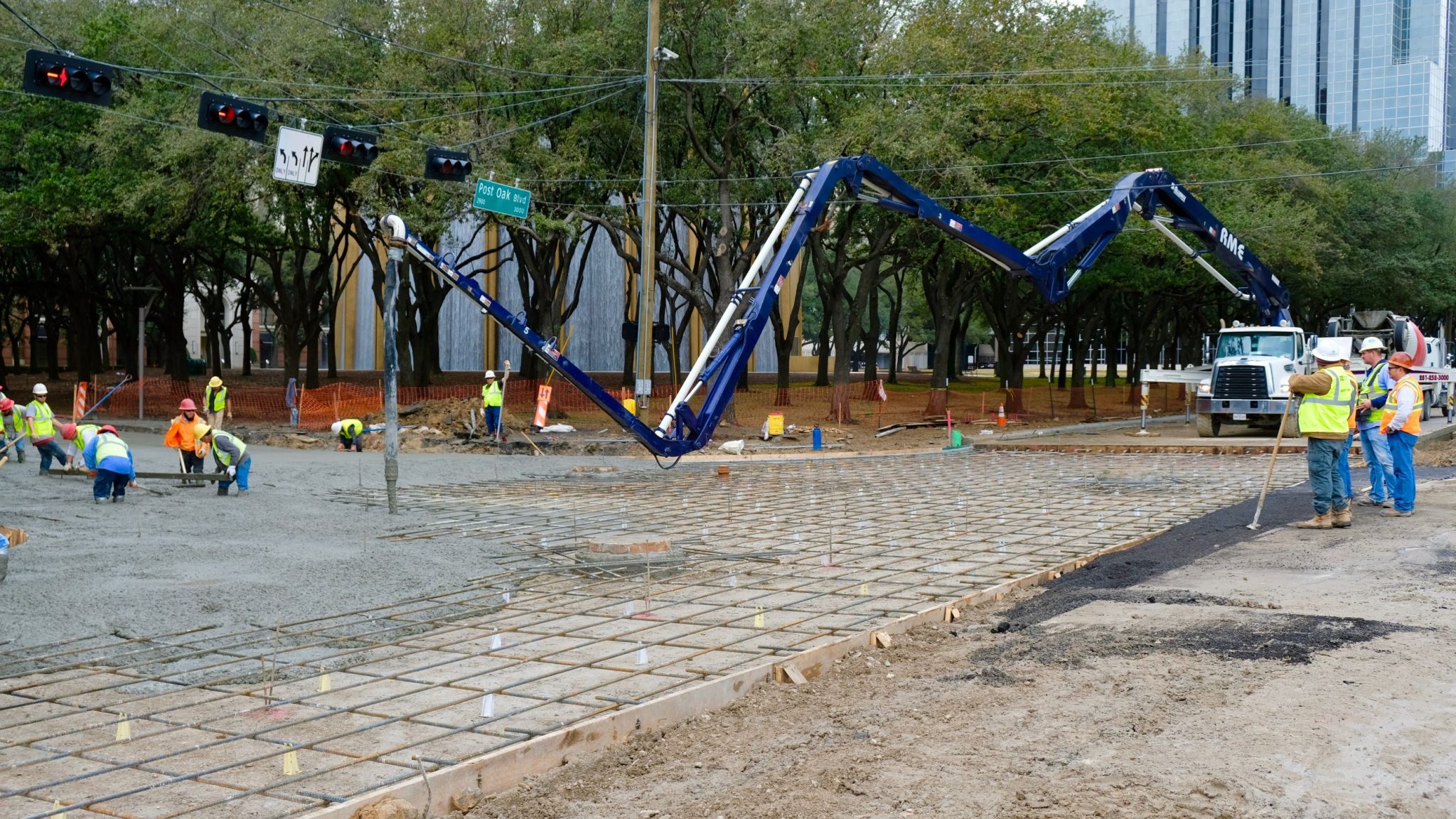 To serve as a catalyst to create, preserve and enhance value by developing an urban community of uncommon beauty, gracious character, and dynamic spirit. This is achieved by: 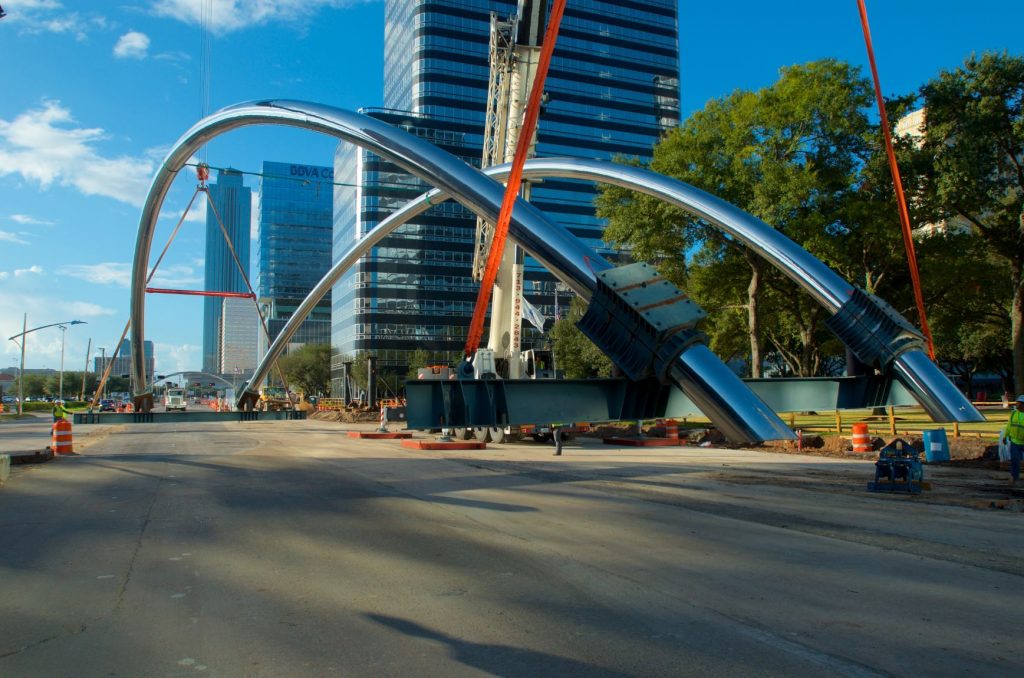 The City of Houston designated Uptown as a Tax Increment Reinvestment Zone (TIRZ) in 1999. The Uptown TIRZ developed a plan that mitigates traffic congestion, encourages new development, and grows the area’s tax base.  In 2013, the City of Houston expanded the TIRZ boundaries to include Memorial Park and extended its life by 11 years to 2040.

The Zone is governed by a nine-member board composed of individuals who are appointed by the City of Houston (6), HISD (1), the State Representative for the area (1), and the State Senator for the Area (1).

Uptown TIRZ/UDA Board of Directors

The Zone is governed by an nine-member board composed of individuals who own property within the Zone or are the employees or agents of Zone property owners.  Zone board members are appointed by the City of Houston (6), HISD (1), the State Representative for the area (1), and the State Senator for the Area (1). The Development Authority is governed by a board of directors that has the same membership as the TIRZ Board. 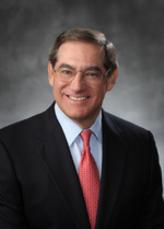 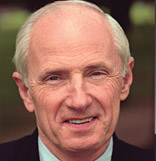 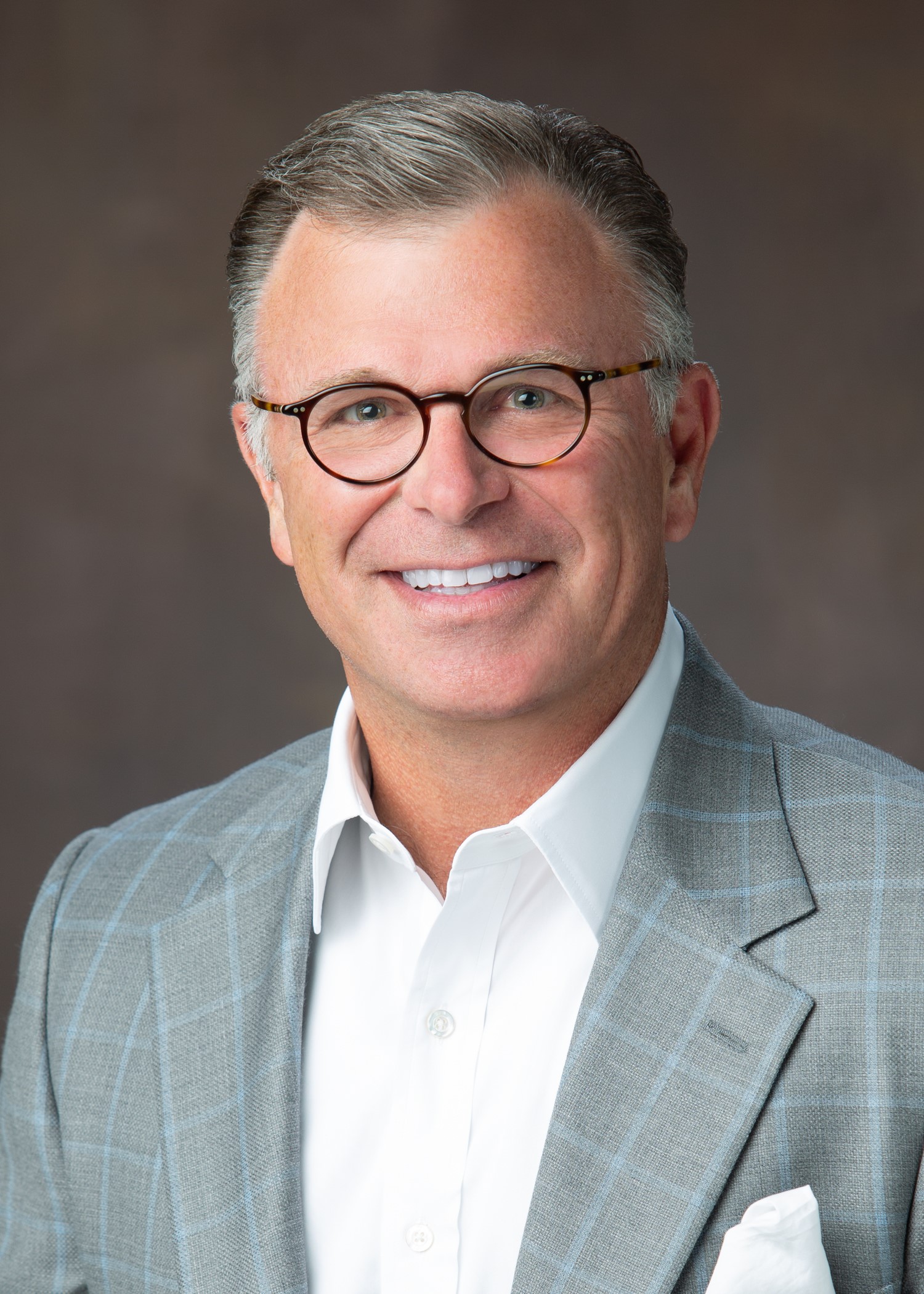 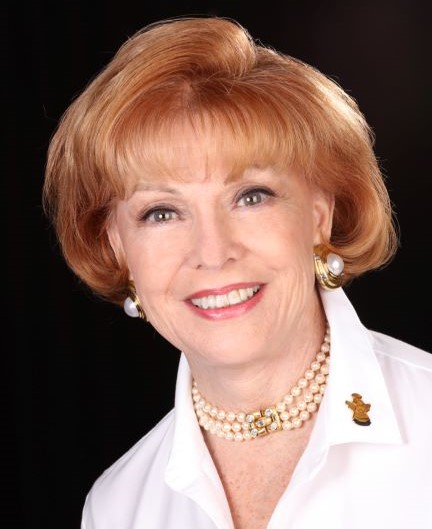 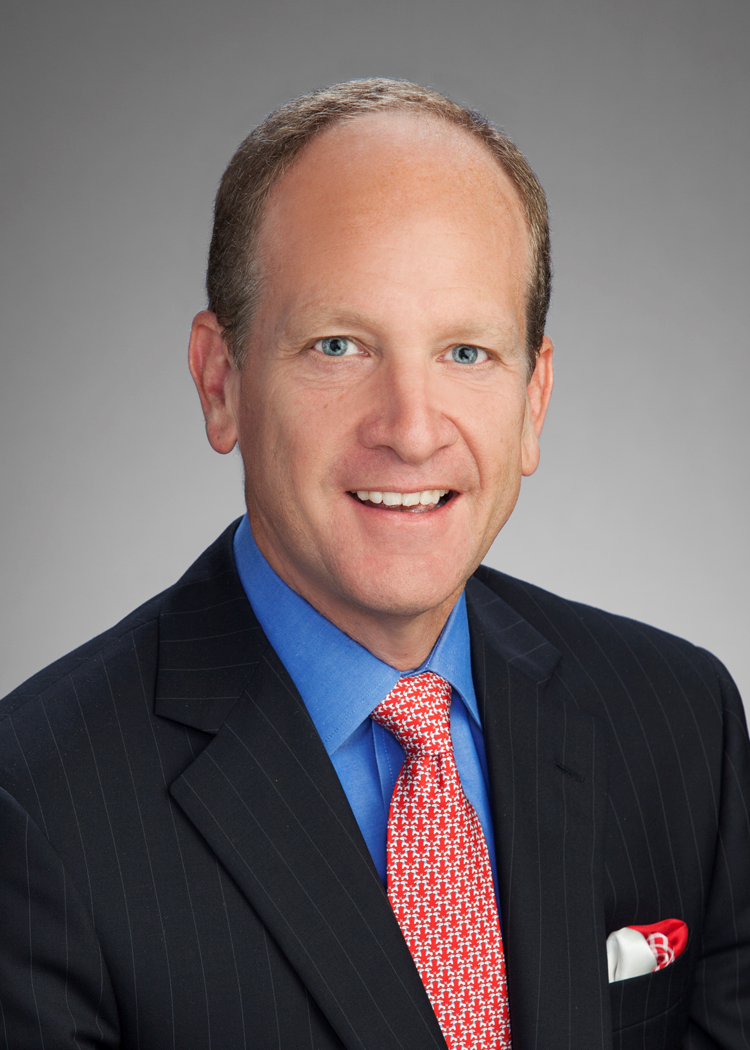 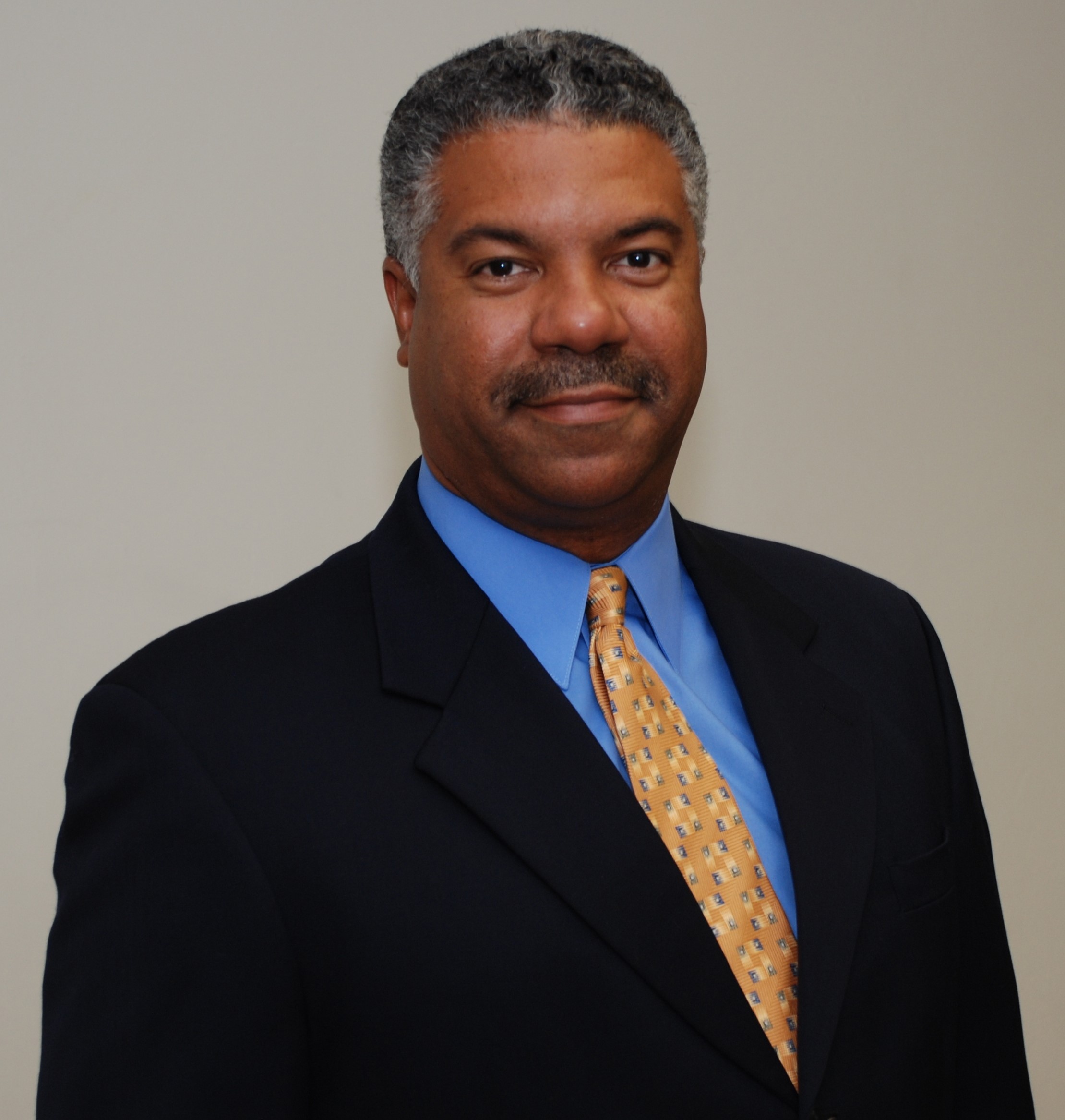 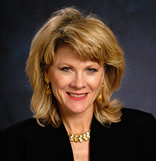 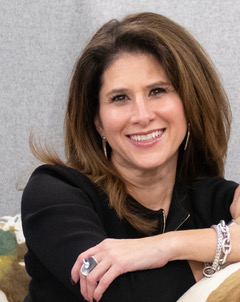 Steve Lerner serves as the CEO of TRC Ventures, LP and TRC Capital Partners, LLC. Steve previously held the position of Executive Vice President of The Redstone Companies, L.P. and served as an Executive Vice President of numerous Redstone-related entities. Prior to joining Redstone full time in 1998, Steve was a partner at the Houston law firm now known as Schlanger, Silver, Barg & Paine, LLP.

Steve graduated with honors in Government from the University of Texas and is an honors graduate of the University Of Texas School Of Law in Austin, where he was a member of The Texas Law Review. He was appointed to the Uptown Houston District Board of Directors in 2009.

Louis S. Sklar worked for Hines for more than 35 years and   served as the Executive Vice President of Development and Operations. He also served as a Director for AIM Funds-Houston from 1989-2004.

Louis is an active member in numerous civic and charitable organizations, including Herman Park Conservancy, Real Estate Committee of the Menil Foundation, Reinvestment Zone #16, Scenic Houston and the University of Houston C.T. Bauer College of Business.

Louis served as a United States Naval Line Officer and received a Bachelor’s degree from Rice University. He was appointed to, and has served on, the Uptown Houston TIRZ Board of Directors since 1999.

Robert Clay has been in real estate since his graduation from Texas A&M in 1989. He began his career with United Equities, Inc., a medium sized industrial and retail firm in Houston, focusing on construction supervision, property management and leasing. After four years at United Equities, he moved on to Moody Rambin Interests, Inc. where his attentions were directed to project leasing and construction supervision.

Dorothy “Dot” Cunningham a resident of Uptown Houston, served as a former President / Co-Owner of an Insurance Company for more than 20 years.

Under the Ronald Regan Administration, Dot was appointed to the John F. Kennedy Center for the Performing Arts. Today, she serves on the Board of Directors of the Be An Angel Fund, Inc., a charity improving the quality of life for children with multiple disabilities and profound deafness.

Ethel J. Johnson represents clients across the United States in the areas of labor and employment law, pharmaceutical/products liability and life sciences litigation.

Ethel has been recognized as a leading employment lawyer by publications that include Chambers USA, Super Lawyers, Best Lawyers, Human Resource Executive Magazine, and Lawdragon. She is also active in numerous organizations and frequently speaks at employment-related seminars.

Before practicing law, Ethel was a telecommunications engineer for Electronic Data Systems.  Ethel is a graduate of University of Texas School of Law and Siena Heights College with a B.S. Electronics Engineering.

Kendall Miller is President of Tanglewood Corporation, a family-owned business that develops and manages various properties in the Houston-area, including the Tanglewood Center and Post Oak Shopping Center.

Kendall is a graduate of Texas A&M University and received his Master’s degree from the University of Texas. Among his many civil activities, he is Chairman of the Harris County Improvement District No. 1, as well as serving on the Uptown TIRZ/Uptown Development Authority. He is also a Trustee of the Houston Business Coalition and past President of the “C” Club. He has served on the boards of The Bank of Tanglewood, The Park People and the Post Oak YMCA.

Kendall was appointed to the Uptown Houston TIRZ Board of Directors in 2003. He resides in Houston with his wife and their three young sons.

Judson W. Robinson, III is the President and CEO of the Houston Area Urban League. He previously served as Deputy Commissioner for Harris County Precinct 2; and from 1991 to 1997, Judson served the City of Houston as the Vice Mayor Pro Tem and as City Council Member at Large Position 5.  While serving on City Council, Judson chaired numerous committees including the Committee on Redevelopment and Revitalization, Committee on Fiscal Affairs, Committee on Minority and Women Owned Business and the Committee on Regulatory Affairs, among others.

In addition, Judson serves on various local, state and national political organizations, civic and community boards and various leadership organizations.  A graduate of Fisk University in Nashville, Judson is married and has three children. He was appointed to the Uptown Houston TIRZ Board of Directors in 1999.

A graduate of Houston Baptist University and a former freelance photographer, Lisa has successfully chaired numerous fundraising events for organizations, including Fort Bend Partnership for Youth, Stehlin Foundation for Cancer Research, Houston Baptist University and the American Cancer Society Fort Bend. She currently serves on the Boards of Memorial Hermann Foundation, Houston Baptist University, Thomas Jefferson’s Poplar Forest Board in Lynchburg, Virginia, The Museum of Southern History, The Oldham Little Church Foundation, and has served as President of the Rivercrest Civic Association for the last four years. She also has served on many other civic and charitable organizations.  Lisa was appointed to the Uptown Houston TIRZ Board of Directors in 2002.

A graduate of the University of Colorado with a degree in Marketing / PR and a BFA in Interior Design from the Design Institute of San Diego. Maricarmen is involved in various charitable organizations including SEAL Legacy Foundation, Homemade Hope, Houston Livestock Show and Rodeo Steer Auction Committee and was on the Local Organizing Committee for the 2021 World Transplant Games.

Maricarmen was appointed to the Uptown Houston TIRZ Board of Directors in 2015.

The Uptown Houston Tax Increment Reinvestment Zone #16 (TIRZ) and the Uptown Development Authority meet the fourth Wednesday of the month at 3:30 p.m. (unless otherwise stated on the agenda).  Meetings are held at:

The meeting notices and agenda are posted 72 hours prior to the meeting date at Houston City Hall Public Bulletin Board.